The boy band alumni dropped his debut song ‘Sign Of the Times’ and the internet (and myself) are going NUTS. 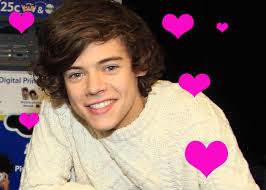 Entertainment Tonight commented on the song with:

“Sign of the Times hits the ears as a reverent study of classic rock balladry (that, dare we say, gives off some light David Bowie vibes), patiently growing from piano crooning to soaring vocals over bombastic riffs and a melancholy guitar solo line.

Styles took a risk here. He could have done a safe, radio-ready pop song — or worse, botched the execution of this effort with a hacky, stadium rock imitation of the legends he pays homage to on “A Sign of the Times.” But the singer-songwriter sounds confident here, coming out with perhaps the most sure-footed effort yet of the divergent Directioners.”

Could Styles be as successful as his former band member Zayn in his solo career? I guess we’ll just have to wait and find out.

Take a listen to the song and let me know what you think in the comment section!