I told you there were going to be some amazing guest writers for this and I have not come up empty-handed. My fellow MTV poster from the incredibly popular Laguna Beach Instagram Laguna Biotch has got this week’s recap for you

Alright, so far I need to say that I am liking this season of Teen Mom OG a lot more than I thought I would. Listen, I hated Farrah but I liked watching her chaos, I liked watching Sophia talk like a demon and I hated to love Deb. I understand that she was horrendous but I didn’t know why the show as adding two random people instead of maybe just leaving the show with three people. Bristol and Cheyenne though, there is something about them that I like. We are three episodes in and I am ready to see what’s up with Bristol’s husband or well, ex-husband now I believe. As far as Cheyenne goes? I find her kind of annoying but Ryder is adorable and I like seeing Cory outside The Challenge house, it is pretty refreshing to see him hanging out with his daughter.

So let’s see how this show that was once about Teen Moms but is now more like The Real Housewives of MTV is shaping up.

Cheyenne: So I think by now we have all realized that Cheyenne was brought in for the drama, the adorable daughter and because Cory is her baby daddy. The whole episode basically focused around her being at a cookout and there being well, a ton of drama. It starts out because her father said that he didn’t love her unconditionally, or didn’t believe in loving someone unconditionally, something like that. In reality, I think that everyone had been drinking a bit so everything was basically one big miscommunication. One thing that wasn’t a miscommunication was when Zach, Cheyenne’s boyfriend’s friend started to get into Cheyenne’s face. She continued to say “I’m done” and I decided to make a Teen Mom OG drinking game out of that saying. That is like her motto in life, she is done, she is always done with the drama that she kind of causes herself. At the end of the episode, everyone is okay with everyone. Zach apologizes, Cory is watching Ryder, and Cheyenne admits that she is just a tiny bit dramatic.

Catelynn: Tonight I feel like everything for Catelynn was kind of, boring. The segments were really short and mostly focused on Tyler which I am definitely fine with for a little bit. The two of them were on Dr. Oz and I feel like it was to mostly talk about how both Tyler and Catelynn are depressed. I don’t know, they didn’t show enough of it. Truthfully, I want them to get better and I hope that in time we get to see them being a happy couple again. Obviously, they have both been through so much and I am really interested to see Tyler working out his own struggles.

On another note, more Nova please! She is my favorite kid on the show, next to Jayde of course.

Bristol: I think we all know that Bristol is probably going to have the most screen time this season due to tensions rising with Dakota. This episode a lot happened, so sit back and read. She announced that they had filed for divorce, Dakota said that she was making co-parenting hard, and then he moved all of her stuff into the guest room. One thing we also learned is that her son Tripp will be on a reality dance competition for kids, which was something that I immediately didn’t like! I knew that family loved attention but damn, they had two reality shows going on in that family right now. I don’t know, that was something I didn’t like. When she was talking to her mom, good ol Sarah Palin, I genuinely thought that Sarah sounded drunk. 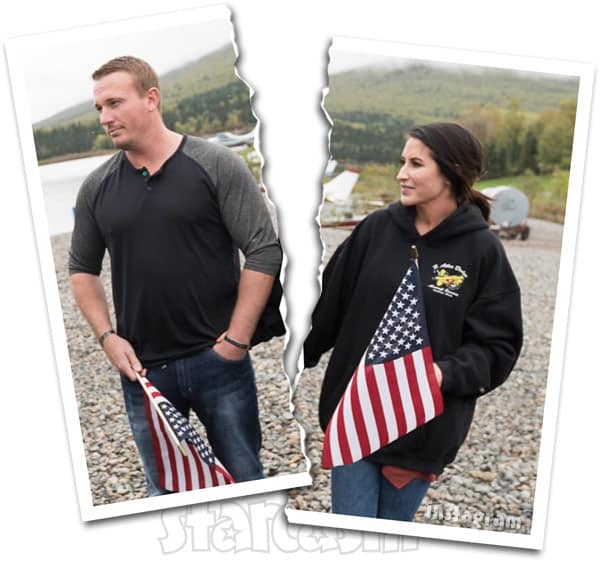 End of the day, I hope that this divorce is what is best for both Bristol and Dakota. I also really hope that Dakota is able to face his demons.

Maci: Listen, I love Maci as much as the next Teen Mom fan but honestly, I only want to know about her drama with Ryan. Tonight, she went up to Capitol Hill and received in an award for, I am not sure. I believe it was because she is an advocate for PCOS and I think that is great! I love that she is using her platform for good, but other than that, nothing happened. I genuinely just sat there barely paying attention during her segments which kind of bummed me out. Proud of her though, keep doing what you’re going and bringing attention to PCOS which affects so many women around the world!

Amber: At this point, I actually almost forgot to write about Amber. This episode she basically said that she was going to be leaving Leah for a month, then immediately said she would miss her. I am just glad that Leah has Gary and Kristina. Other than the Los Angelos bombshell we are still on a quest to find Gary’s biological father.