We may be living in a time without AYTO on MTV (for the time being) but yo girl has you covered with 2018’s first #TMITuesday post. I sat down to chat with season 6 zaddy Tyler about all things Are You The One, Kendrick Lamar and more. Let’s giiittt itttttttttttttttttttttttttt!

1. Let’s dive right into this, how do you feel about former AYTO alumni getting involved with newer season cast members? Do you believe these are true connections of a desperate ploy to remain AYTO famous?

First of all, I don’t think anyone from AYTO is famous, we’re all just people and if they want to keep their dating life in the reality circle then that’s their business.

2. I went right into that drama and tea but since today is #TMITuesday can you tell the readers something about you that they may not already know?

I didn’t want to let this secret out… but I’m actually a professional lip-syncer.

3. On the note of former AYTO cast mates dating current cast members whom from a different season would you say is your ‘Perfect Match’? Alyssa from season 4 because she’s from near my home town and looks like a glazed Krispy Kreme donut which is my thing.

4. Is there anything that should have been addressed in the reunion that wasn’t? The world needs more tea now that the season is over.

The reunion didn’t address that Nicole and I aren’t together.  So for all the girls in my DMs… yes we can get married.

6. Do you keep in touch with any of your castmates?

Shad is actually my roommate and Emoney and work on music all the time!

7. Are You The One has a very unique premise for a dating show, do you think the show has been successful in helping to create meaningful connections and relationships?

Well the divorce rate in America is like 50 percent so AYTO can’t do any worse than that?

8. 2018 is fast approaching, I plan to try be less of a catty person in the new year. Do you have any New Year’s resolutions?

My New years resolution is to have a three sum with Netflix and Chipotle. 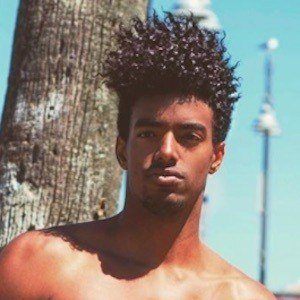 jk i do that every weekend

9. With 2017 ending, and it being a crazy year in music what was your favourite album that came out this year, and why?

‘DAMN’ and it wasn’t even close; Kendrick Lamar could produce a hit album every month if he wanted to .

10. What’s next for you Tyler? Any upcoming projects, or plans to spend your new found AYTO cash?

Well I’m probably going to spend my money on trying to uncover the Krabby Patty formula and make millions of dollars.

One thought on “#TMITuesday: 10 Questions With MTV’s AYTO 6 Tyler Colon”