Yaassss girl power! I am so very excited for this week’s feature! Another lady boss, and lover of pop music. Allison Lanza of http://www.WIMINsider.com and I get chatty about music, the site, a shout out to Pops and more in this all new interview!

1. So lets start with, what IS WIMINsider?

WIMINsider is a blog that was created to allow women working in music to share their stories in hopes of inspiring a new generation of young women who are pursuing music careers, as well as to bring attention to women working in all areas of the business. We feature stories from women working behind the scenes as well as onstage, and our posts are usually in a guest blog format where our ladies describe lessons they’ve learned throughout the course of their careers.

It’s kind of funny, actually. I was inspired to start WIMINsider because I saw the way my friends and peers were responding to a tweet from a male who said that women were getting in his way at shows. I was moving into my apartment at the time and couldn’t participate and voice my own concerns so I was living through theirs. I witnessed some interesting feedback in regards to the backlash the guy got—that women just complain when this type of thing happens and that “if we worked as hard as we argue that maybe we wouldn’t have these issues.” That struck a cord in me, and I decided that instead of arguing I wanted to spearhead change. If we highlight the women in the industry that are out there doing the same jobs that men are, we can encourage a whole bunch of girls to follow their music dreams without feeling like men are the only capable ones.

Hmmm. I don’t believe in guilty pleasures because I believe you should be able to like what you like without feeling like you have to be embarrassed by it. I love pop music. Like, I love Carly Rae Jepsen almost too much. I know every word to every song Selena Gomez has ever put out. I love Dua Lipa and Zara Larsson and Charli XCX. As for hidden talents, I can jump rope on my butt and I used to be on a competitive jumprope team. I also have been known to make dresses out of non-conventional materials; garbage bags, playing cards, etc.

My favorite part about running WIMINsider is getting to communicate with so many incredible women in this industry. Building the site into an actual community of hardworking ladies who can all network with each other is my main goal, because there are so many things we can all learn from each other. And I think the most important part of pursuing a job in any field is your willingness to learn, whether it be in school or outside of the classroom. With WIMINsider I not only personally get to learn so many really interesting lessons from our featured ladies, but I get to share them with all of our readers. Being able to bring some attention to these women and what they do and then put others in contact with them for mentorship or other opportunities is really just a huge honor.

This is the hardest question. Alessia Cara’s “Here” essentially is my life in song form. She’s a wallflower in the song, attending some dumb party that she doesn’t really want to be at because she’s not just into it. 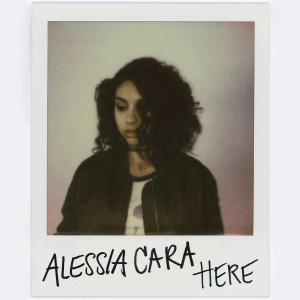 And that sums up my life in college. But if I was an athlete and had to choose a walk-out song I’d honestly probably go with “That’s My Girl” by Fifth Harmony because that song hypes me up more than any other song. I love a good girl-power anthem, obviously.

Yes! Right now there’s only one other official team member, her name is Codi Oehlerking (spelling) and she’s a classmate and good friend of mine. She was on Warped Tour this past summer with Canvas Foundation, heads Fearless Records’ street team and is always working shows in Chicago at essentially all of the city’s venues. Having her involved has been really great because we think very similarly and she’s really passionate about what we do. We’re also in the process of adding one or two more team members and we’ve got a few things in the works that’ll expand our team a little bit more, too. But as we built our foundation, I wanted to keep it to a very small circle. Also, a very talented musician and graphic designer, Rebecca Ramos designed our logo and it’s the most perfect logo I could’ve ever wanted for this project. Rebecca’s also a singer/songwriter—her project is called I The Victor and I highly recommend giving it a listen.

My taste in music comes mostly from my dad. He raised me on U2, Alanis Morissette, Toto, and just in general more of the rock music that I gravitate toward. My mom listened to a lot more R&B and it never really stuck with me as much, but Michael Jackson, Janet Jackson, and Whitney Houston were on constant loop in the car and I can still get down to all of them, of course. My mom introduced me to Pat Benatar who I’ve come to really admire. But overall, my dad and I bond more over music. He listens to the same alternative radio stations that I do and I introduce him to new music all the time.

For me, the most effective way to share music is through Spotify. While I miss the days of buying music, streaming has been incredible for music sharing and discovery. Similarly, word-of-mouth is still the best form of promoting music, I think. I get so much music in my inbox that I don’t bother listening to half of because it would take up so much time. (This isn’t to say I don’t listen to a decent amount, you just have to be picky sometimes.) So I usually turn to my friends and peers, if they’re raving about something I’ll give it a listen on Spotify and I’m super into Vinyl so if I like what I hear I’ll buy a record to support the artists. And I’ve noticed a lot of my peers are the same way, or will purely use Spotify. Those weekly “Discover” playlists are insane. I find new bands on there every single week. Also the “Rock This” playlists and “Pop Rising” are gold, as well.

Next for me: graduating college with a bachelors of arts in Music Business Management and hopefully a full-time job in the industry!

Next for WIMINsider: TONS. We have a few things in the works with our friends over at Girls Behind The Rock Show including an e-conference where newbies can hear experienced individuals and professionals speak about what they do and have the chance to communicate with established people in the industry. My crew is working on a fundraiser that I’m really, really excited about and some interesting creative content that will go up on our site. And of course, we’ll be featuring more hardworking ladies and our current goal is to really push to represent women of color on the site.

What a hype girl gang, you can learn more on www.wiminsider.com and stay tuned every week for new posts on my lil ol blog!