You may remember this tall handsome man as one half of the Willthew shipping fandom on the 21st cycle of America’s Next Top Model. This Southern dance teacher made his name known throughout the competition dealing with scrutiny from fellow cast mates for being an openly gay male.  Will Jardell did not allow that to stop him at all, and became the cycle’s runner-up. Whether he was swooning Matthew, kicking some serious butt in the photo challenges, or making BFFs with cast mate Raelia, Will made his way into our hearts. I sat down with Jardell to discuss modeling, reality TV, new year’s resolutions and more!

1. On the show you were open about your sexuality, what advice do you have for other gay models looking to break into the industry?

Don’t hide who you are. Thats the hardest thing I had to realize growing up. I was hiding who I truly was for so long but then one day I was like screw that, and let the really me shine through.

2. If you and former cast mate/bff Raelia were to have your own reality show (which y’all really should), what would you title it? And what network would you want it to air on?

“Will and Raelia’s Twerk school” It would have to be on Bravo or some other scandalous network! Lets be real. That ain’t appropriate for children!

3. Go to your itunes library, put it on shuffle. Can you tell me the first 3 artists that play? How does each song make your feel?

One Direction, Beyonce, and Sam Smith. Happy and like a little girl, Sexy and ferocious, and finally peaceful and blown away!

4. Congratulations once again on being runner up in the latest cycle of ANTM, even throughout the show your fan base seemed to be strong. How would you describe your fans? Anything you’d like to say to them?

The fans are diehard! I have had so much support and it has meant the world! I just want to say thank you so much for everything! I wouldn’t be where I am without the amazing support. 5. Since today is TMI Tuesday, can you tell me something about you I may not know already? Any hidden talents? Weird phobias?

I can wiggle my ears? Thats a strange talent!

6. With all the “new year, new me” bullshit, what is your new year’s resolution?

To embrace opportunity. I think 2014 was a growing year for me and now its time to seize every opportunity that presents itself.

7. Being a reality TV star, do you watch any other reality shows? I myself watch almost anything on MTV, and TLC.

I watch big brother and So you think you can dance religiously as well as ANTM. I love Big Brother and would kill to be on that show! 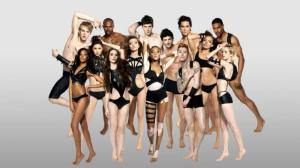 8. What area of modelling do you see yourself excelling in the most?

Fashion and avant gard. I love doing new and exciting things. 9. If there were another season of ANTM: All Stars, would you compete?

Hands down yes! I would love to get a mother chance to be a part of an amazing competition but this time take home the crown!

10. In a booch final showdown who would win, you or ANTM winner Keith?

Oh definitely me. Lets all remember who the real winner is 😉

Stay tuned for a fresh interview next week for #TMITuesday ! Tweet me at @thenikkisin