America’s Next Top Model may be over (essentially with new mother Tyra Banks leaving the show it is), but season 21 brought us some crazy talent and was the first season to feature male models as competitors. The infamous season brought us beer can smashing, frat boy Adam Smith who took the time to chat with the anti-model (aka I’m a potato with mild contour skills) me to discuss fashion, fitness, TV and more in this week’s interview.

1. How would you describe your style, using only hashtags?

2. Who’d You Rather: Sibling Model Edition

Who would I rather…..have sex with?  Both, at the same time, would be my response to all of the below.  But if I had to pick:

4. It was recently announced that following the cancellation of America’s Next
Top Model, that the show would make a comeback sans Tyra Banks? With the
show being the launchpad for not only your career but a slew of other incredibly
talented models how do you think the show will fair without Banks? 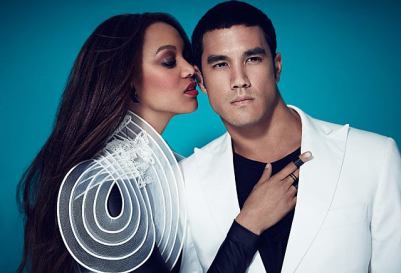 I didn’t realize that Tyra wasn’t going to be on it anymore, that’s unfortunate!  I’m
curious to see what direction VH1 will take the show.  Without Trya calling the shots,
maybe they can give it an “R-rated” content overhaul, and get rid of the cheesy family-
friendly vibe it now has.  Get the models more naked.  More partying, more sex.  Take
some chances.  Honestly, you know the number of viewers would go up.  The show has
run out of things to do and I feel like the audience is getting bored.  Only the true
diehard ANTM fans still remain.

5. What is your dream modelling gig?

I’d like to do some cliché like cologne shoot on a beach, with a very scantily clad Kate
Upton.  Then my dream would be for it to land on a gigantic billboard in the city on 85-
south in Atlanta, so every single day when I’m driving home I could look up and just be
like, “Bro, you’re killin’ it.”

6. Since today is #TMITuesday, can you tell the readers something about you they
may not already know about you?

I have a penchant for yachts, strip clubs, foosball, and alcohol. 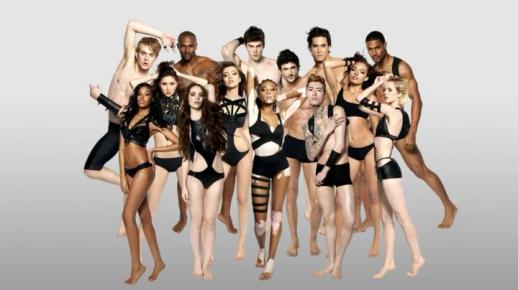 7. Do you keep in touch with any of your former ANTM castmates?

Yeah!  We have a big group text that most of our cast is on.  Although the show only
shot for 7 weeks, you do end up forming a unique bond with your castmates, because it
is such an incredible experience you get to share.  I was fortunate enough to live in LA
for 6 months while our season was airing, where I was roommates with Ben, and hung
out with Kari, Matthew and Shei a lot who already were living there.  Will and Raelia
also moved to LA a couple months before I left.  Denzel has been in and out of Atlanta,
filming “If Loving You is Wrong” for Tyler Perry so we always see each other.  Lenox is
in college a couple hours north of Atlanta, but she will come into the city with her friends
from time to time and they’ll all crash at my place.

With a steady diet of Natural Light, Chick-Fil-A, and good genetics.

9. A lot of celebrities have clothing lines, this is of course nothing new. Do you
have a favourite celebrity line?

No, I hate spending money on clothes.

I live my life a quarter mile at a time.  Nothing else matters.  Not the mortgage, not the
store, not my team and all that bullshit.  For those ten seconds or less…I’m free.
Stay tuned for all new posts every week and keep up with me like a Kardashian only with less money, and I would hope hatred via twitter: @thenikkisin

And keep up with Adam:

Season 6 is in production! @editingbyazohra 🎥
We wheely like it here @iwish4wings 📸 @jamiejwatts
🏔
My elbow has the face of one of The Golden Girls.
🫖 ☕️
#justgirlythings