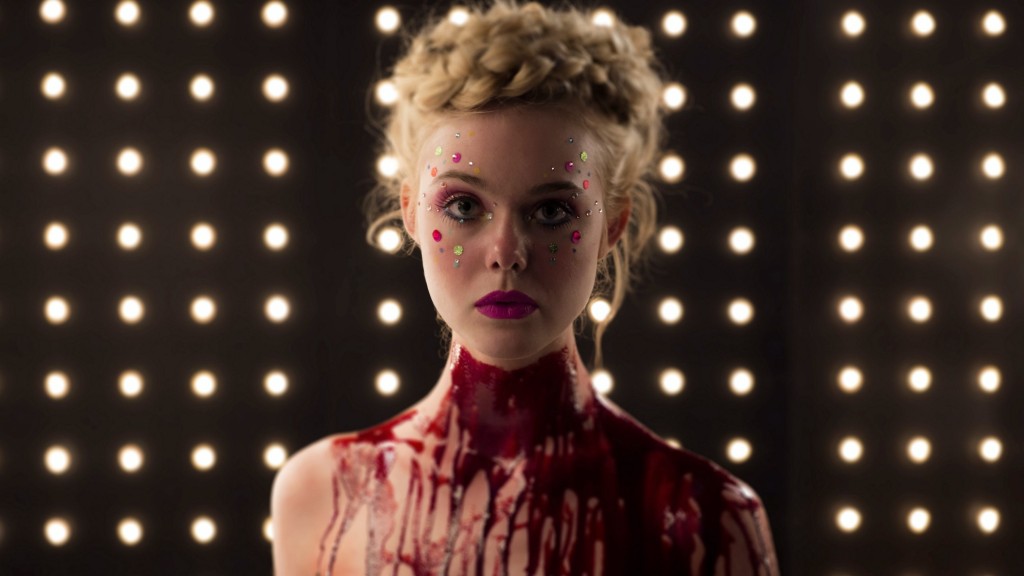 But so is Fall, which in comparison is better in all aspects.

1. SWEATER WEATHER
2. No guilty feeling for staying in on your day off thinking you wasted the sunny day indoors
3. It means horror Christmas aka Halloween is approaching.

This means a plethora of content for #CinemaSunday and lots of new titles on Kaley’s Netflix account (thanks babe xo). This week’s pick is delving into a more visual horror, and a lot more commercial than my typical choices which tend to fall into the B-movie category. So let’s dive into “The Neon Demon“:

Jesse played by Elle Fanning (Super 8), a determined 16 year old model moves to L.A to pursue her career. With no real place to call home, Jesse finds a terrible motel in Pasadena where she befriends the incredibly creepy manager played by Keanu Reeves (no,seriously.)
Anyways, this also where Jesse meets makeup artist Ruby played by Jena Malone (The Hunger Games, Saved) who thrusts the young model into the fashion industry alongside fellow models Sarah, and Gigi.
Eventually our lovely lead Jesse is discovered by a modelling agent played by my girl Christina Hendricks, and finds herself doing a shoot with a famed photographer, which doesn’t sit well with Sarah and Gigi.

Without giving anything away but providing pivotal plot details there are consequences for Jesse for her success, and the revenge is not delivered in a friendly way via the model foes.

This film is visually stunning, the story line itself is a bit much for the length of the film but it was worth it.

8 Fanning family reunions out of 10

Who should watch this?