2015 was a year of loving, happy, heartbreaking, and cringe-worthy moments in pop culture. And what better way to ring in the new upcoming year than to reminisce on some of the biggest moments, and trends in the year.

The White and Gold/Blue and Black Dress:

It tore friendships and families apart faster than a game of Monopoly or Risk. Its been months and I still don’t care what color it is.

Netflix & “Chill”:
2015 was the year the phrase was born, and 9 months later is likely when a bunch of “continue playing” kids will enter the world as well.

Taylor Swift Takes Over The World With Her Squad:

2015 was actually just 1989 , the pop superstar continued her world reign and took her squad with her. Swift had a new guest performer at each 1989 tour date stop, dropped Bad Blood aka gorgeous girl spy squad, and had us ALL wanting to be in her #squad

Caitlyn Jenner introduced herself to the world on the cover of Vanity Fair, and in typical Jenner fashion on TV. The brave woman opened a lot of doors for the trans community, but also some very unfriendly doors of controversy as she was named Woman of The Year.

You think its bad seeing your friends from highschool’s baby photo all over Facebook? 2015 brought two royal babies with Charlotte Princess of Cambridge, and more recently Saint  West

The 18 year old media superstar sparked controversy when a new viral challenge based on Jenner’s new lips arose. Challengers would use a bottle, shot glass or really what looked like a vaccuum to utilize suction ot get “plump” lips. It didn’t fair well for most to say the least…

HELLO, SHES BACK.  AND NOW WE ALL HAVE A BRAND NEW BREAKUP SOUNDTRACK. Perfect since January 8th is the day recorded with the most breakups. The singer also announced a 2016 tour date list with her album that dropped November 20th.   Can we note that this video feature my boy Dixon from 90210, dayum.

A huge movement in the community and world, gay marriage was legalized all across the United States this past Summer. 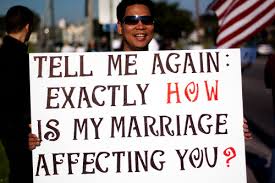 Okay so this wasn’t a big news story, but it was a big deal for me. Your continued love, and support is what keeps me going. I ventured off from my time with The Wax Museum to get my own pop culture blog going and have since done some really, really cool sh*t that I couldn’t have done with our y’all, or my never-ending drive.

Toronto president, okay we don’t have a president in the 6ix but he may as well be, dropped a video for his hit “Hotline Bling” that had the internet exploding with parody memes from a video with the best turtleneck, and dance combo ever.

Donald Trump Continues To Be The Worst:

The 2016 presidential candidate put his big racist foot in his mouth over, and over again this year. His comments toward the Mexican community lead to a protest over his SNL hosting appearance in NYC. Lets not also forget that he basically said he would bang his daughter, and then when confronted about it saw nothing wrong with the comments.

I actually really feel for Harvey on this one, sort of. The Family Feud and beige suit lover misread the winner of the 2015 Miss Universe pageant and had Miss Colombia wear the crown for less than a minute before having to correct his embarrassing mistake and present the real winner Miss Philippines with the crown. To make matters worse, Harvey attempted to apologize via Twitter but misspelled both Colombia, and Philippines.  Awks. 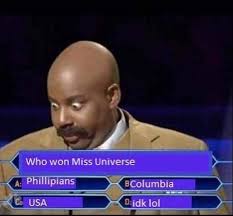 THE FORCE IS NOW WITH US ALL. The film took in MILLIONS in the box office, sparked hundreds, and hundreds of new Star War items, and had fun factory Newmindspace host multiple major city lightsaber battles across the U.S.

This year was interesting to say the least, but we can’t forget a few honorable mentions as we head into 2016:

MTV’s The Challenge Makes It a Family Affair

If You’re Reading This its Too Late