From her unapologetic stoner posts, to her head to to tatted 10/10 bod this week’s #TMITuesday is  the embodiment of the fire emoji.I sat down to ask model Tana Lea about her social media, MTV star boyfriend, and of course chat about her budding modelling career.

1. You’re a big social media fan, what is your favourite app to use to connect with fans?

I’m an Insta hoe! Instagram for sure, I’m just loyal to them in general….they are the only social media app that hasn’t banned me at some point. (Knock on wood).

3. Ultimately what is your modelling goal?

I’m not really sure, I’d love to get some magazine covers or be featured! I’ve yet to be printed anywhere, which now this totally tests my credibility for the next statement but…..I’d like to get more into the mentoring side of being an Insta-hoe. What chick doesn’t want to be Instagram famous these days? 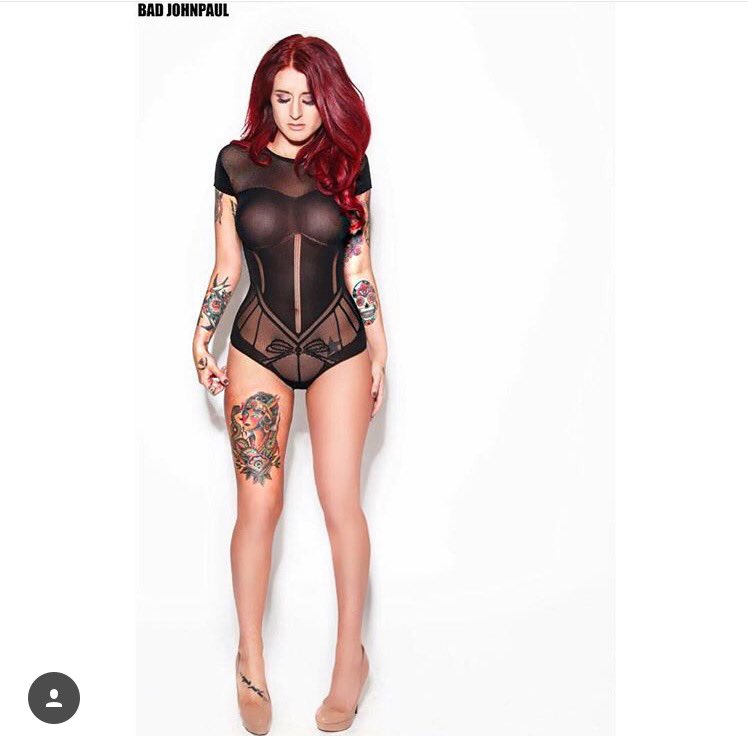 Not to toot my own horn but I literally moved from the middle of no where, pulled my tits out a few times on Snapchat and started slaying my social media. I’d love to show other girls how to be confident or even fake confident to get what you want and do everything for you.

4. You make your love for weed no secret, what are your views regarding the ongoing battles to legalize marijuana in the remaining states/Canada?

Absolutely loyal to my friend Mary Jane. As someone who suffers from PTSD, and depression I can tell you marijuana has gotten me out of some dark places. I think that if regulated and of course taxed by the government the chronic could be a great thing!

5. You and your boyfriend Tyler Pratt of MTV’s Are You The One are adorable on Instagram/Twitter; How did the two of you meet? Had you seen him on the show prior to meeting him?

Awe thanks! I like to think we are cute he thinks it’s annoying when I’m constantly snapping in his face but when he watches it later ends up dying because it’s straight comedy. We actually met via tinder, well kinda. I was in la one weekend before I actually moved there and he saw me on tinder and of course my handles and plugs are all in my bio. Well I don’t match with him so he slides in my Insta dm’s. Lol I still have the screenshot of the message!

after a few days of texting we finally hung out. Lol my best friend #innerblackman Syrus Yarbrough of Real World Boston actually was showing me the city and mr Tyler Pratt decided to invite me over. I still remember the song we were singing in the car.

That damn nope song. Lol anyways Sy dropped me off at Tylers. I showed up with a bag of snacks from 7-11 (burritos, Funyuns, some type of sour candy and chocolate). Tyler and I watched Brave Heart and Gladiator and talked about how we weren’t going to have sex bc we were in love and then waited till the next morning  tmi I know but it’s funny bc I’m high! (its also TMITuesday so its okay!)

Lol no but another castmate from season 2 had already talked to me lol and picked me up the same way. So one of the first things I asked Tyler was if they all shared girls. Lol I honestly don’t like a lot of people from those shows. Not all of them but I will say there are some messy ones out there that try to get involved in people’s real life’s outside of MTV. Those broads, ugh. Anyways. So no I had never seen Tyler’s show.

6. Since today is #TMITuesday is there something you can tell the readers about you that they may not already know?

Lol I think the previous was lol well anyways. I’m from a tiny town population 3,881 when I moved away. I showed goats in 4-h, I ran for fair queen, I’m naturally blonde, I was a flight attendant for a day, I worked for the attorney general of Texas child support division, Texas a&m university biomedical engineering, Texas department of criminal justice Hamilton unit, umm lol sugar baby, Instagram model, Snapchat famous, Titty famous lol yeah that’s about all I got. I drink 3 gallons of whole milk a week.

7.  What can we find on your recently watched section of your Netflix account?

One tree hill. I get revisited by my childhood when I’m baked, I’m sure it has some correlation with my issues idk anyways. We’ve rewatched Big Love, Friday Night Lights, One Tree Hill, just started game of thrones, stranger things, that other show with coach Taylor from Friday night lights, lol all since we have been dating. Our perfect night is Apple TV, junk food, weed and each other of course!

8. Okay back on to social media, what is your go-to Snapchat filter?

I have a LuMee case on my phone like Beyoncé so I just go with the Regular basic first filter. No dog ears or butterfly d*ck magnets.

Some sort of fast food endorsement. Sahhhhhh I’ll eat yo cheeseburgers and wash a car in some shorts for some free food. #noshame

Marriage, baby. No I’m kidding, idk, Tyler and I really want our own reality show. We are filming with a local company for a little pilot soon so hopefully someone with the powers that be see us and think we are as cool as we do and wanna pay us to entertain. Hell hosting things for MTV. I personally think MTV should bring back the show fear! Fu*k I nearly sh*t my pants every episode. Lol back to the question. Yeah this year we have just really been focusing on helping each other grow in our social media. Ultimately we would like to be able to just live off of that. YouTube vlogs, cool sh*t. I mean I’m not going to go on and on and sound like a c*nt because we are so very grateful at where we are. Getting recognized is cool but getting recognized as a couple because people like our vibes is the coolest. Makes my heart happy. So yeah just working on making the world love us so we can watch more Netflix and smoke more weed!

I foresee big things for Tana & Tyler, and y’all can expect me to make my way onto their show 😉

And stay tuned for all new posts weekly on thenikkisin.com