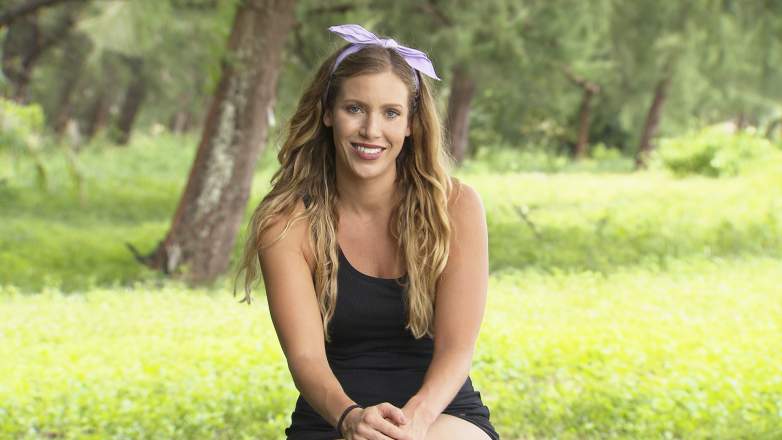 A woman who lives her life by the Hakuna Matata, provides MTV with hilarious commentary and really should have her own reality show ‘Marie,Marie And Also Marie: Redemption House’ takes over this week’s #TMITuesday. We first fell in love with the blonde babe on The Real World: St Thomas, and after avoid the show for a bit we were reintroduced to her on The Challenge. I laid down (I usually sit down for interviews but Y’ALL I AM TIRED) to ask Marie about her showmance with a certain AYTO man, her online rivalry with Cara, and made plans with her to party.

Oh wait not, I def forgot to do that last one. Either way, check out this week’s new interview to get your fill of Roda after her elimination on The Challenge.

1. You got yourself into some trouble early into the season by being a part of the reason Jenna went into elimination against her bff Kailah. With both ladies being your friends how do help to separate friendships from Challenge house politics?

In this particular challenge it was really hard. At the end of the day, everyone had a number 1 but me. (Toya went home so soon) I was playing for myself and myself alone. In any other season the move we pulled off would’ve been epic but of course w my luck there was redemption. I never want kailah/Jenna. I wanted Kailah to take out Camila. I did know that if something did get messed up two big players would go enviably.

Either way – it still made me feel like shit because I’m not a “dirty” player/person. If nothing else, it made for a great episode.

Yes. Aneesa’s ankle was still hurting and I straight up told her if it was physical I planned on kicking it. In regards to the “food” – 1. I knew my ability to take it down and I couldn’t foresee eating it faster than Nicole/Aneesa was. I also knew that we weren’t even half way through the game. Had it been a final perhaps I would’ve competed differently but for me I was kind of like … well I’m gonna lose this regardless, why lose AND eat shit. Poor Nic ate almost everything and was on the same plane home as me so.

4. You deal with SO MANY TWITTER TROLLS. Recently you tweeted that you believe Cara Maria runs a few. Let’s get shady, can Cara back it up when she dishes it?

Nope! But that’s what trolls do. At this point I’m not even sure how we got here, but we’re here. I’m excited for everyone to see the rest of the season and the person I currently know Cara to be. I’m also looking forward to the reunion since everyone will see for themselves if she can back it up or not. I’m not one to hold grudges — I don’t care nor do I have the attention span.. plus I told myself yesterday I need to grow up and ignore trolls and twitter drama. I’m too cool for that shit 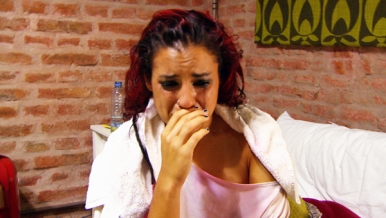 5. You also tweeted about the premiere of the latest season of Are You The One, who would be your perfect Challenge match of all the guys to compete in 30 seasons?
That is a tough one. I like to think Kenny. He’s hot and hilarious. Although he’d prob make it much further than me in a challenge and I don’t fair well with long distance relationships. I’m also not really sold on crossfit so I’m not sure if he’d accept me or not lol

6. Unlike the more recent seasons of The Real World your season didn’t include a twist. Do you think your cast could have handled a twist?

I wish it did. Our season was pretty boring solely because of our location and ability to go out and meet people. Would def be hilarious to see my troll my ex boyfriends on national tv though.

7. Since today is #tmituesday can you tell the fans something they may not know about you? Any hidden talents or guilty pleasures?

I actually am a huge fan of AYTO. There’s something about hot young singles, alcohol, and a million dollars that reallllllly gets me going.

I also was a prude until I was in 8th grade. Hit the ground running though once we knocked that off my bucket list.

8. Who is your celebrity crush?

9. Whatever happened with you and Anthony? You started a lil showmance on Invasion.

Love him. When he got kicked off we went on a little rendezvous to Florida and Aruba. I actually brought him as a date to my friends wedding. We talk still. Great guy, makes me laugh, and he’s hot.. but it’s more like a playful sister/brother bond right now with a high probability of some lovin’ if we were near each other. Lol

Same thing I do everyday Nikki. Try to take over the world.

You can stay up to date with Marie and her antics on Twitter, and check out The Challenge tonight at 10pm on MTV.