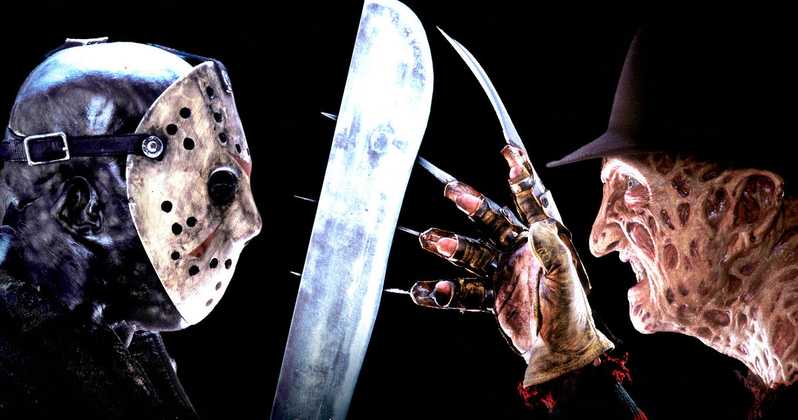 I was raised on horror movies and very earlier on into my film watching life I was introduced to Freddy Krueger. The idea that a villain could come for me in my sleep, the only place I thought I was totally safe sent chills down my spine and FASCINATED me. In 2003 a horror mash-up hit theatres with this week’s pick: FREDDY VS JASON Y’ALL.

Freddy is pissed because no one remembers or fears him and the fear is where he gets his powers. Needing an in for the world of the awake he prays on the fears of unconscious Jason Voorhees in his dreams to boil up a fear in the residents of Krueger’s old stomping yards. There’s a cornfield rave, Hypnosil is back, and Kelly Rowland wants a nose job as Kruger and Jason go on a killing spree. But Freddy wants all the power and Jason just wants to kill so eventually there’s a showdown of the elements: fire and water (and knife fingers vs machete).

This is hands down (like a hand full of knife fingers down) one of my favourite movies, and I try to watch it every year. What I like the most about this film is the slasher elements of it. Sometimes I just want to see people get cut up in a horror, it doesn’t all have to be jump scares and psychological aspects.

5 knife fingers out of 5

Who should watch this?