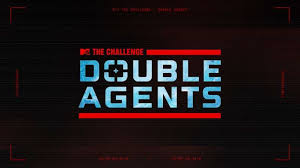 Okay so this premiere has a lot to unpack but I am going to list my top 10 moments in no particular order. I suggest watching the launch special before this premiere.

1. The ‘Double Agents’ theme is revealed and explained. It is announced you must win an elimination to get a ‘gold skull’ in order to run TJ’s final. There are ONLY ten skulls.

2. Aneesa and Fessy win the first daily challenge, become “double agents”. This gave the faster winner (Aneesa) the power to choose her partner first. She chose Fessy. Then TJ announced the players would be choosing their own partners…right then.

3. Players scrambled and teams were chosen. CT dogged Kam and this choice made waves.

4. The teams were made and…

5. With the ‘double agents’ Aneesa and Fessy in power to choose a team to head to elimination, their competitors (the other team going into elimination) was to be a house vote. CT’s choice to team up with fellow winner Ashley instead of Kam put a target on his back. Kam and Leroy rallied to get the vets in, instead of rookies.

6. Kam, and Natalie spoke of their goals to see more ‘women who look like them’ on TV in separate confessionals.

7. The rookies were LIPPY and I was HERE FOR IT.

8. Kam and Leroy’s plan worked and CT and Ashley were the house vote, and Wes and Natalie were voted in by the double agents.

9. TJ announced it was a women’s elimination based on core strength. Natalie beat Ashley, eliminating her from the competition, getting her gold skull, and leaving CT without a partner.

10. Natalie found out that winning an elimination means you get to choose your partner and we were left on a cliff hanger there.

www.thenikkisin.com
30, flirty and thriving ❇️
Trash cats. Tb from @jillianjerat
No I was pretty hecking excited about this okay.
✌🏼
Excusing the fact that I look like an actual gremlin, I weaselled my way into a Zoom call where Pete Davidson was the guest speaker. I joke a lot about him being one of my celebrity crushes but he is such an incredible human and I’m glad I was able to hear him speak on the issues that he did.